Amgorac–Union War
The Amgorac Dynasty is a nation in the Elerad Arm of the Florathel Galaxy, bordering the Areial Union. The Amgoraki Areial, an ethnic group descended from the Union’s Eiar-born Areial, populates it. Founded by exiled members of the Union’s opposition, the Dynasty is a young state with a turbulent history, plagued by ethnic conflict to this day. Since its very beginning, it had complicated relations with the Union, which only got worse as the corrupt leadership of the same is known to have deliberately committed atrocities to the people of Amgorac. While these conflicts have ended, Amgoraki citizens still live in poor conditions today. 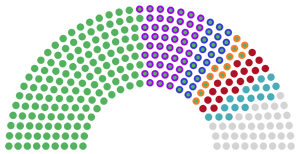