The architecture of the Archas System is relatively simple, with all planets following circular orbits around their star, and the vast majority of them existing in orbital resonance with each other. The system contains four planetary bodies, Marnaltharke, Angertharke, Dalair, and Archer. Beyond these stars is a thick belt of debris known as the Sellin Belt, composed mainly of ice. Beyond the Sellin Belt exists a sparse cloud of material referred to as the Limit Cloud, which extends almost a quarter of a light-year away from the center of the system. The system is filled to the brim with various debris and stations, some of which comes from the destruction of Marnaltharke in the Forever War.

The Archas System was formed in the outskirts of the Spider Nebula, and began its life as an M-type brown dwarf, indistinguishable from a similar-temperature star. However, it gradually cooled down, and life began to take hold on Angertharke.

Over the intervening 6 billion years, life slowly evolved as the star cooled down. Roughly 100,000 years ago, the Ornali evolved on Angertharke, when the planet's average temperature had dropped to 7º celsius. However, they noticed the environmental catastrophe, and set up massive mirrors to warm up the planet and increase biodiversity.

Relatively recently, the Ornali have expanded beyond their small world and have colonized the majority of the Spider Nebula and surrounds. 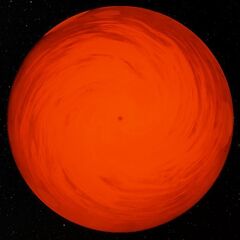 Marnaltharke was the first planet in the Archas System. Before terraforming, it was a small selena world, with the day side covered in vast deep crater fields and the night side covered in a thick crust of ice. However, after terraforming, the atmosphere thickened at an alarming pace, reaching over two hundred atmospheric pressures. The planet was later inhabited by cities floating in the clouds, but the planet was destroyed by the Kormin Empire when they constructed a Nicoll-Dyson beam surrounding the wolf-rayet star Alnert A, in tandem with a similarly brutal assault on the Narenna Dyson Swarm. This is widely considered to be the beginning of the Forever War, which has since killed trillions all across the galaxy. 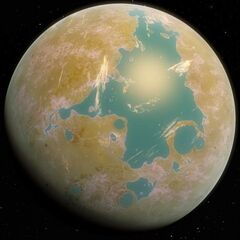 Angertharke is the current innermost planet in the Archas System, the capital of the Republic of the Spider Nebula, and the homeworld of the Ornali species. Angertharke is the most famous world in the system, with the other two planets being utterly ignored relative to this world. However, over the course of the Forever War, the planet has been devastated, with the front being less than five light-years from the system at times. Because of this, its population has decreased to less than a trillion people, a very low population for a capital world, and the government has become more mobile, constantly moving around to locations farther away from the front. 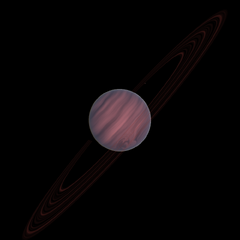 Dalair is the largest planet in the Archas System, and the second most populous. It orbits at roughly twice the distance to Angertharke, and has two major moons. Just like the rest of the system, Dalair has been devastated by war, with the region of space surrounding it littered with debris from destroyed habitation stations, which has gradually congealed into pretty rings. Because of the devastation, Dalair's population has shrunk to less than 300 billion people, with their cities lowered to positions beneath the clouds for protection. 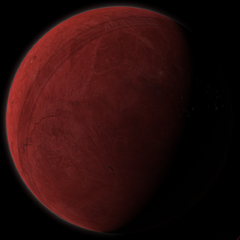 Archer is the final planet in the Archas System, and the second largest. It orbits far beyond the other two planets, at roughly 1.7 Astronomical Units from the star. Because of this extreme distance, it is very cold, and does not have a very high population. Archer is also used as a secret research facility, and most of its population is engaged in researching ways to defeat the Kormin juggernaut, and cannot communicate with citizens offplanet to preserve secrecy.

Archer has only one known moon: