Last Free Systems
The Ardaya System is a star system located at the outer edge of the Myrmidan Galaxy. It is the home system and core of the Last Free Systems, and is currently being outfitted with a Caplan Thruster to allow it to escape the galaxy with the last free intelligent beings in it. The Ardaya System is mostly known for its two habitable planets, Xathor and Edana. These worlds have since become very well known in the scope of the Florathel Galaxy's satellites. Currently, there are four planetary bodies in the Ardaya System.

The Ardaya System holds one very inner planet, Thalion, which exists less than five stellar radii from the star itself. The middle Ardaya System contains the other three planets, Xathor, Edana, and Kelar. Beyond Kelar lies a vast assemblage of imported fusion torch gas giants, habitation stations, and other stuff, inhabiting almost everything larger than a chair out to almost a light-year, known as the Cloud of Hope. The Cloud of Hope holds the vast majority of the population of the system, and is also its last line of defense.

Ardaya is surrounded by a thick cloud of orbital habitats carrying members of every remaining unassimilated species in the galaxy, made from material starlifted off the star.

Ardaya, being a major part of Project Alazar, is also being outfitted with a Caplan Thruster that, when complete, will propel the entire system out of the galaxy as fast as possible and hopefully reach the relatively distant Exurian Globular Cluster before it breaks. 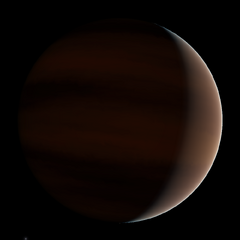 Thalion is the innermost world of the Ardaya System, orbiting extremely close to the star. Typically, Thalion is known for its extreme conditions and unique appearance, and has no moons. The planets gases are being stripped away and fused to construct habitation stations in the Ardaya System, which will continue until the system leaves the galaxy. Thalion is notably profitable for tourism because of the large size of Ardaya in the sky, but this is not really utilized due to the fact that Ardaya is a few light-years away from a warzone. 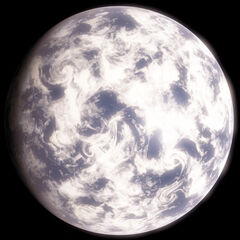 Xathor is the second and second largest planet of the Ardaya System. Xathor is a hot, high-mass waterworld, and has been colonized by every species which lives in water anyone could find. Because of Project Alazar, every single possible species that had not been completely assimilated by the Somnar Hive was immigrated to the Ardaya System, with a good portion of them reaching Xathor. After Project Alazar is complete, most of the species will likely emigrate to new worlds, loosening the pressure on the great gem. 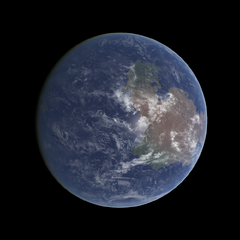 Edana is the third planet of the Ardaya System and is widely considered the most beautiful. Edana is a temperate terra world mainly covered in savannahs, with great cities set up for all the immigrated species. Edana's beauty is actually part of the reason that many isolationist nations eventually decided to support the Ardaya Conflicts and Project Alazar. Edana, despite having a surface population of six trillion people, only contains a tiny fraction of the population of the system, with untold quintillions floating around in the Cloud of Hope. 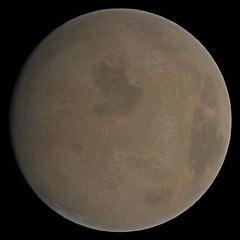 Kelar is the last and smallest planet in the Ardaya System. Kelar is a small cold desertic world that may be terraformed to make more living space for the last species coming towards the system. The planet is relatively boring at the present day, with only stromatolites littering the surface native to it. Kelar may also be turned into ecumenopolis or disassembled to create vast numbers of habitats. Today, Kelar has one small moon, which has been hollowed out to form a large rotating habitat, with the material used to create three more. It is also surrounded by a very dense cloud of habitats, bringing the planet's total population to over 100 trillion.

Kelar has only one moon: