Asamun/Binasa is a small elliptical galaxy which distantly orbits Aylothn. It plays host to 3 native civilizations and has about 5,000 star systems belonging to Sedrua. Sedrua's loose ownership over Asamun/Binasa is its last vestige of early expansion, acting as a culturally important sector to its people. While comparatively small and useless, Sedrua has fiercely kept its influence in Asamun/Binasa.

The Core is the central portion of the galaxy between the Easter Lobe and Wester Lobe. Unlike most cores in galaxies, it isnt filled with the brim with stars, gasses and dust. Instead its more disperse and it has a relativly low metality casuing life to be rarer there.

The Wester Lobe is the larger of a pair of lobes that orbits the Core. In its center there is a supermassive blackhole. Its denser than the Core and Barren Region and is more metalic than its smaller cousin resulting in the rise of the Minalig and being a colonisation point for Sedrua. It also has a higher pouplation than normal elipcital galaixies of high mass star due of tidal activies from the other core, but not high enogh to change its color.

The Easter Lobe is the tinyer pair of the lobes. Again, there is a supermassive blackhole in the center of it. Its less metalic than the Wester lobe making it less likely to host life. But despide of that, it plays host to the Luatalg. The population of high mass stars are higher here but it isnt high enogh to change its color

The Barren Region is similar to the core in many ways. It has a low star population and low metalicity making it the rate of planet formation much lower so life hasnt even risen there and there is no current effort to colonise the Barren Region 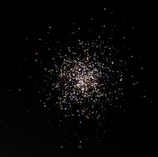 The Minaligs were created on Auhal, a superterra world. There population is around 125 trilion Minaligs. They mastered Thaumaturgy long before they left their solar system since there were a series of many progenitors though their history. Approximately half of all Minaligs are considered to be Magi, holding basic thaumaturgic abilities. Their technology is also based around Thaumaturgy, as they rely on it to go between other star systems. The Minalig is governed by an oligarchy named "Minalig Oligarchy". They control approximately 150,000 star systems. There also in a period of expansion of around 2 star system in a year. They has visited the race of the Luatalg twice but the extend of the visit is unknown

The Luatalgs are a peaceful, isolationist species that controls the planet Alaiuh. Their technological level mimics that of an early space age civilization, as they have begun to explore their own star system. Since the Luatalgs were raised in a very isolationist/pacifistic way, they have closed off any potential relations with other species. It is believed that a cargo cult has been formed around the Minalig due of them having lots of Thaumaturigal power

While the other species rose on terra worlds, the Aeliaoks are different. Instead, they inhabit frigid worlds with seas of methane or ethane. They don't use fire, though they use a reduction reaction with the same function as fire. Their society matches of of a stone age civilization, since they have not unlocked the ability to build coherent societies or harvest metal.

Asamun/Binasa is around 4 billion years old, making it a very young elliptical galaxy. Before merging together, it is thought that Asamun/Binasa were a pair of small starburst galaxies. However, due of there small size and in turn, relatively low gas content, they became depleted early in there life, shifting its color to a dull orange and becoming elliptical galaxies. Approximately 300 million years ago, intense tidal foces and collision resulted in both galaxies turning into a singular object. What rests today is a relatively inactive and sterile realm of disorder.