Cnara-Frealee Federation
The Cnara System is a star system near the Flower Core of the Florathel Galaxy. It is a secondary capital system for the United Nations of the Florathel Galaxy, and one of two capitals of the Cnara-Frealee Federation. The Cnara-System is composed of two stars, Raea and Maea. The Cnara System is most notable for its terrestrial planet, Carlea. This world outshines all others in the system, and many know nothing about the other planets compared to this shining gem. Currently, there are six planetary bodies in the Cnara System, with the vast majority, five, around the secondary star of Maea.

The Cnara System, being a distant binary, has two distinct planetary systems. The first, the one surrounding Raea, only contains one planet, Cerlore, the largest planet in the system. The second contains five planets, Pyre, Selfar, Miriel, Carlea, and Sarelle. Beyond both stars lies a sparse cloud of various comets, debris, dwarf planets, etc, known as the Limit Cloud. The limit cloud contains one major planet, known as Keitar. Many stations which, combined, hold a significant fraction of the population of the Cnara System, are sprinkled all throughout the system.

Raea is the primary star of the Cnara System. There used to be a large system around Raea when it was in the main sequence, but when it transformed into a red giant, it swallowed most of the planets except the outer planet of Cerlore. A small kuiper belt surrounds the star.

Raea was formed as an F-type main sequence star around 6 billion years ago from a long since dissipated nebula. Like most stars, it was surrounded by a protoplanetary disk in its early days, which began to form planets. However, once Raea reached the end of the main sequence, it expanded into a red giant, swallowing all planets except the outer planet Cerlore.

Raea will soon blow out a planetary nebula and leave behind a blue subdwarf, which will relatively quickly shrink down to a white dwarf.

Raea is the site of the Raea STB Station, a SICTIRIAD station with the interesting characteristic of being the closest station to any homeworld. Its construction was facilitated by partially disasssembling Cerlore's moon Scab to construct a starlifting mechanism and a dyson swarm.

Maea is a main sequence M-class star, located far inside the Florathel Galaxy in the Cnara System. It is currently the most populous star of the Cnara-Frealee Federation and third most populous star of the United Nations of the Florathel Galaxy. There are numerous colonial outposts and stations around the star and on its planetary bodies, including asteroids and moons. Maea has five planets in its influence.

Maea formed around 3.2 billion years ago in a long-since-dissipated nebula. For a few million years after it formed, it had a large disk around it, which formed many protoplanets, including Pyre and Carlea. However, most of the protoplanets collided with each other, fell into the sun, or got ejected from the system, which left only five bodies to remain in its midst.

Out of all the worlds in the system, only Carlea and Azelis (one of the major moons of Sarelle) had all the essential ingredients to initiate the development and evolution of life within the water oceans. While Azelis' life could only stay within its subglacial oceans, Carlea's lifeforms migrated onto land relatively rapidly. The life on Carlea soon evolved to intelligence and founded the Cnara-Frealee Federation with their neighbors in the Frealee System.

In roughly 1.5 trillion years, Maea will begin leaving the main sequence and turn into a blue dwarf. As it increases in luminosity, it will heat up Carlea. Eventually without intelligent intervention, its oceans will evaporate and all life on its surface will die. As it nears the end of its life, Maea will expand greatly, then collapse into a white dwarf, its habitable zone shrinking beneath the orbit of Selfar. It will slowly cool as the stars die around it, until it is fully thermalized and floats through the endless night.

The Cnara System contains 6 planetary bodies and 6 major moons. Every planet in the system is utilized as much as possible, with a diverse selection of cultures and life. The Carleans have colonized every single object in the system since ~45,000 CE.

A full list of all planets with short descriptions is below. 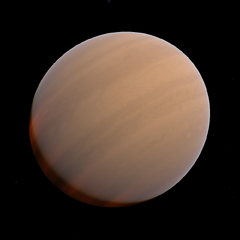 Cerlore is the largest world in the Cnara System, and the only planet orbiting Raea. Typically, Cerlore is known for its unique appearance, as well as its network of heavily scorched moons. Cerlore has three major moons, which are being very heavily mined to construct megastructures in systems near the Cnara System. Cerlore is notably profitable in terms of resource extraction and tourism, as the red giant of Raea looms menacingly in the sky, and the three moons of the planet are easy to extract heavy metals from. 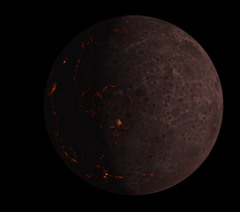 Pyre is the innermost and hottest planet orbiting Maea. Pyre is partially covered in lava, and has no moons. Despite its exceedingly high temperatures (upwards of 1200º K), it has silicon-based life on its surface! This makes the moon one of the most researched worlds in the entire territory of the Cnara-Frealee Federation, and it is populated mainly by scientists in different fields. 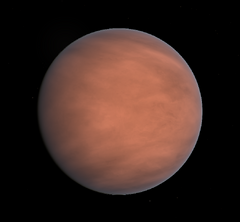 Selfar is the second planet orbiting Maea, and contains a very thick atmosphere. Selfar, due to a combination of high pressure and high temperature, is covered mainly in extremely pressurized and heated oceans of molten sulfur. Despite the extreme conditions, Selfar's oceans are filled with primitive life, and several technological advances have been made to make base materials strong enough to survive the extreme pressures beneath the kilometers of atmosphere. The vast majority of the planet's population is based in floating cities above the clouds, where conditions are actually somewhat similar to Carlea. These cities aren't just for tourism and prettiness, because they are slowly stripping nitrogen and carbon dioxide off the atmosphere, making terraforming possible. 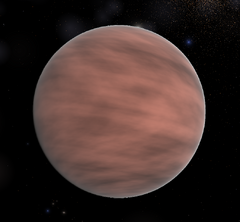 Miriel is the third and largest planet that orbits Maea. Other than this, however, Miriel is rather monotonous, and is mostly one color. Despite the monotony, Miriel contains many vast floating cities, which hold roughly a fifth of the population of the Cnara System. To make up for the boringness of Miriel's natural features, the cities have rich and varied cultures, which lend many of them great fame throughout the system.

Miriel has only one known moon: 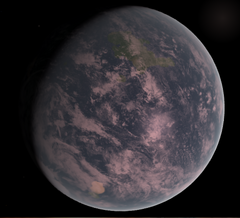 Carlea is the fourth planet around Maea. It is a lush terrestrial planet with life filling its vast oceans and small continents. It is the homeworld of the Carlean species, the second most populous planet of the United Nations of the Florathel Galaxy, and one of the two capitals of the Cnara-Frealee Federation. Carlea is very densely populated, holding roughly one sixth of the population of the entire system, and has a thick cloud of artificial structures surrounding it. Because it is the homeworld of the Carleans, Carlea has a very diverse culture, which has helped lend it even more fame throughout the entire Florathel Galaxy.

Sarelle - Dance of the Ring Debris 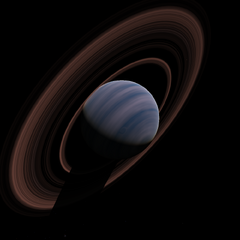 Sarelle is the second largest and final world orbiting Maea. Sarelle is the fifth and second largest planet around Maeaand the third largest planet in the Cnara System. As of the present day, it and its 31 moons are home to 14 trillion inhabitants (the vast majority of which are Carlean). The planet's two major moons are Azelis and Erenne. Sarelle was the first world colonized by the Carleans, after they first ventured in to space. Because of this, Sarelle and its moons have cultures almost as diverse as Carlea itself, and the inhabitants of the planet hold quite a lot of sway over events in the Cnara System and surrounds.

Sarelle has 31 moons, two of which are major:

Keitar - Restaurant at the End of the Solar System 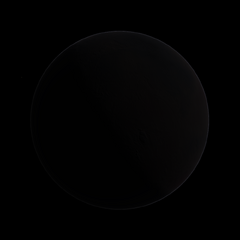 Keitar is the most distant planet in the entire system, orbiting almost a third of a light-year away from the two stars. Because of this, Keitar is very dark, has an exceedingly long orbital period, and has only three thousand people on the planet and its surroundings. Because of Keitar's distance, it was only discovered after the invention of the infrared telescope, and used to be used as a secret research base. Today, it is not too well known, and is often omitted in textbooks.