The Creed of Ysylo holds a notable grip over the activates of Sedrua. Its influence through the Local Universe, as well as the activities of its many members have made it rather well known in local spheres. It is said that the Creed of Ysylo has been able to maintain its position due to the power of its members. With its strong connection to the Aeterna Caligne, as well as its prevalence in Psychokinesis, has kept it firm in the hands of history. Attempts at dismantling the Creed of Ysylo, or the greater Sedruan government, have been met with general failure, though numerous members have died in the past.

The current leader of the Creed, Vurilia, has operated it for a combined total of 160,000 years. The disappearance of Mother Sydiah, as well as his sudden appearance in Sedruan leadership and the disappearance of The Architects has made him the de-facto advisor of the Creed. Since his implementation as leader of the Creed, Vurilia has made numerous changes over the eons. As of today, Vurilia has brought forth an attitude of brotherhood and friendship in the Creed. He has also given all of its members high quality lives, necessities, and materials which aid them on missions. This has led to the increase in the morale of all members within the Creed.

With Mother Sydiah's re-appearance in the modern day, she has become a distant co-leader of the Creed. While she typically commands high level missions and holds a large sum of power, she is usually not present in most activities. Mother Sydiah has taken very little an active role in the operations of the Creed to date, focusing primarily on her experiments within the Aeterna Caligne, as well as attempts in quelling Sydiah's Hinterlands. As of The Exhumation, Mother Sydiah has still taken no action in the Creed. 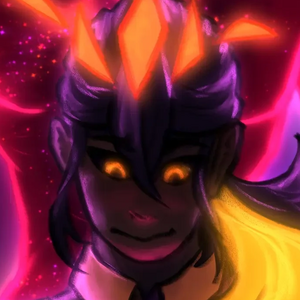 Rinnaq - Director of the Creed

Itrian - Seer of the Seers

Retrieved from "https://100th-millennium.fandom.com/wiki/Creed_of_Ysylo?oldid=70124"
Community content is available under CC-BY-SA unless otherwise noted.