2500 notable ones, much more that aren't notable

Narenna System
The Crown Cluster is an open cluster located in the Outer Paleas Arm of the Florathel Galaxy.

The Crown Cluster is a fairly large and extremely bright open cluster, with roughly 2500 notable stars and is 133 ly in diameter. The Crown Cluster has a notable Luminous Blue Variable at its center known as Narenna. The cluster is fairly unusual in that it has a large number of habitable worlds interspersed between its massive stars, and it seems to be an island of civilization surrounded by an unusually large area with no intelligent life. Its central star, Narenna, contains a vast dyson swarm that is likely the largest dyson swarm in the local universe.

The cluster also contains many intelligent species, which have united to create the Union of Narenna.

Civilization at the Crown Cluster

The Crown Cluster is entirely colonized by the Union of Narenna, which has a habit of creating vast megastructures around the massive stars of the cluster. Two of the largest dyson swarms surround Narenna and Miraban, the latter has been mostly converted into a Nicoll-Dyson Beam during the Forever War.

The Crown Cluster contains several anomalous objects, including a large concentration of Aroteon Stars and two Keligan Stars, the highest concentration of them in the galaxy. There are also many ruins of vast megastructures, as if a vast civilization used to control the cluster several million years ago. However, these machines have proven undatable. There are also many strange planets, some of which have bizarre signals eminating from them. The source of these signals are unknown.

The Crown Cluster houses some of the most luminous stars in the Florathel Galaxy, including the LBV Narenna, housed in a tight central cluster. The small cluster is sometimes nicknamed the Jewel Cluster. The Crown Cluster contains 5 LBVs (One being Narenna), 4 O type stars above 100 solar masses, a Porphyrion star, 17 Wolf-Rayet stars, 3 yellow hypergiants and an orange hypergiant, 23 red supergiants, three black holes and dozens of O-type stars above 50 solar masses. Hundreds of late O and B type stars reside in this cluster, and many more smaller, less massive stars. So it comes as a great surprise as to how many habitable worlds are located near this dangerous, radiation-ridden place. Just for context, here are some notable stars listed below:

The Crown Cluster, being home to many massive stars, includes many large nebulae which are being mined for resources. Many of these are included in the below table. 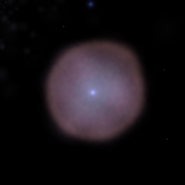 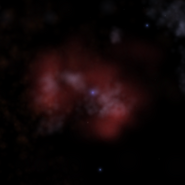 The Ruby Nebula around Salgare 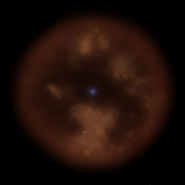 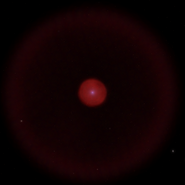