Darvikus is the fourth planet in the Frealee System and the homeworld of the Darvikans. Darvikus has three major moons, Arnena, Ronelis, and Frar. Darvikus is most associated with the Cnara-Frealee Federation, as it is the homeworld of the federation's second most powerful species and the legislative capital of the federation. The planet houses several bureaus which help run the United Nations of the Florathel Galaxy, but is not one of the official capitals. Even so, Darvikus is one of the most important worlds in the galaxy's history, as it served as the birthplace of the Darvikans, the second most powerful species in said galaxy. Due to its importance in galactic history, Darvikus is one of the most well-known planets in the galaxy.

As of today, Darvikus is a superhabitable residential world, one of the top tourist destinations in the Florathel Galaxy, and a very busy trading hub. Many arcologies are barely visible from orbit scattered across the continents. Some are even underwater in the planet's oceans.

Most farming on the planet is done by self-sufficient arcologies. Usually, only luxuries need to be brought in, meaning that the planet can and has weathered many a siege.

Darvikus is much greener than it was in ages past, as almost the entire population lives in self-sufficient buildings called Arcologies, leaving most of the surface area to turn to wild, including the abandoned and disassembled cities.

Most energy on Darvikus comes from beamed power from the Frealee Dyson Swarm and other renewable energy sources like solar and wind. Some also comes from recently developed forms of nuclear fusion that are clean and safe. A tiny percentage comes from geothermal processes in Darvikus' mantle and outer core, while the rest comes from power plants in the Arcologies.

Darvikus is quite culturally diverse, as it still contains fragments of every single extant Darvikan culture, some of which still follow state borders.

Darvikus has seven continents, North Narvea, South Narvea, Atarra, Eria, Asar, Ranvia, and Astrella. Each of these holds a population of at least a trillion, rivaling entire colony systems. Separating these continents are the four distinct oceans: The East and West Corvucadic, Norric, and Rhethys oceans.

Across these continents are a fair amount of different landscapes, including forests, savannahs, tundras, badlands and so on. However, there has always been a complete lack of deserts. Thanks to this quite varied geography, Darvikus is relatively famous for the diversity of its landmasses.

Darvikus' climate is very varied. Its climate changes depending on the latitude, with areas warm enough to create vast horrendously buggy swamps and cold enough to create vast plates of ice sheathing the poles of the planet. Temperatures also range from being cold enough to freeze water at the poles to being warm enough to be mildly annoying at the equator. Each region of the planet supports a unique biosphere able to support a huge variety of flora and fauna.

Darvikus' overall climate is a very temperate planet. Its position in the system allows carbon-based life to thrive across the planet, orbiting in the "habitable zone" of its parent star.

This perfect climate is also kept in check by the planet's inhabitants, using various structures to carefully manipulate the temperature and climate of various areas of the planet. These structures have actually allowed the planet to become even more habitable to its native life than it originally was.

Drelisan was the innermost moon of Darvikus created by the impact of Darvikus and another Frealeean planet. Not much is known about Drelisan, aside from the fact that it was destroyed when it passed beneath Darvikus' roche limit roughly 23 million years ago. However, it was likely the smallest of the original four Darvikan moons, and a selena similar to the others.

Arnena is the innermost major moon of Darvikus. Like the other two moons, it formed from the impact of Darvikus and another Frealeean planet. Arnena itself is a small selena world, with no atmosphere and various crater fields and mountains spreading across the entire surface, and obviously does not hold any native life. Arnena, appearing as the largest object in the Darvikan sky aside from the rings, was held in great reverence by both the Old Darvikans over two billion years ago and modern Darvikans when they first evolved.

Ronelis is the second major moon of Darvikus, and the second largest. It is a selena world, and contains many massive craters and ejecta lines, the largest ones being visible from the surface of its parent planet. Ever since the Darvikans took their first steps on another world, this moon was one of the prime candidates for a first colony, which came to pass in roughly 49,000 CE. Today, Ronelis is covered in various cities, and there are plans to terraform the moon or turn it into an ecumenopolis.

Frar is the most distant and largest moon of Darvikus. Like the other major moons, it is a selena, and contains large craters. Unlike the others, it may have been captured into orbit around Darvikus after the formation of the system, due to its notably differing composition to the other two moons and the rings. Frar is also notably monotone and is widly considered to be the most boring major moon.

However, because of its large size, Frar is the most likely to be terraformed soon, which will allow it to support a much higher population. 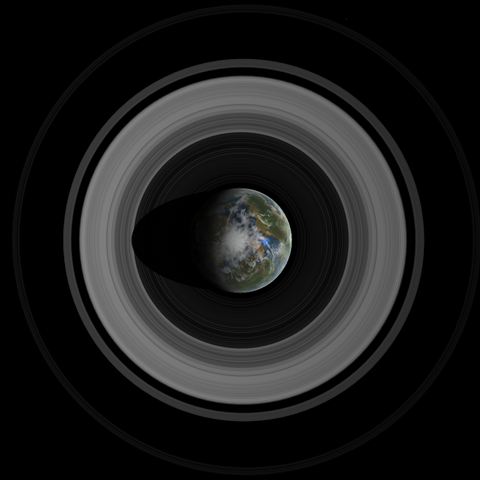 Darvikus has a vast, dramatic ring system circling the planet, officially named the Rings of Drelisan, but most call it "Darvikus' Rings". The Rings of Drelisan were formed when the original innermost major moon of Darvikus, known as Drelisan to scientists, passed beneath the roche limit due to gravitational interactions from the other three moons. It was torn apart after this, thus forming the majestic rings we see today. The rings themselves are mostly made of silicates, as Drelisan likely had practically no iron core, giving them their bright white color.

Countless small outposts have been established on various objects in the rings, with the largest functioning as colonies in their own right, having their own cultures and laws. The vast majority of them however have populations of at most twenty people, and are often used as communication satellites and weather pattern thingies.

Each ring (a collection of ring material occupying a band of space in the ring system) is given a letter, ordered by the amount of material in it. 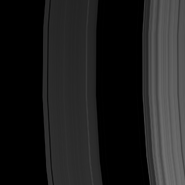 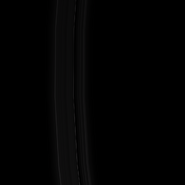 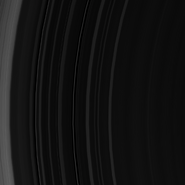 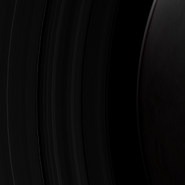 Darvikus formed from the accretion disk which surrounded its parent star, Frealee, in its early history. As it was forming, the planet was a volcanic, moonless hellworld. However, in 1,800,000,000ish BCE, an unnamed rocky protoplanet roughly 0.5 terrestrial planet masses smashed into the forming Darvikus and caused over half of the planet's mass to escape into orbit and form a huge disk. This debris would gradually coalesce to form the four moons of Darvikus. This event also caused the planet to tilt on its rotational axis roughly 30 degrees, giving it relatively extreme seasons compared to planets with less tilt.

Darvikus would enjoy the company of the four moons until one of them crossed the roche limit in roughly 4,000,000 BCE, broke up, and formed Darvikus' beautiful rings. The other three moons were slowly drifting outwards during this time period, and while they started with quite tight-knit orbits, they ended up drawing apart.

From its formation to around 1,500,000,000 BCE, many asteroids and comets collided with the planet, slowly cooling it down and filling the atmosphere with vast amounts of water vapor, which would form thick clouds. These clouds would begin to rain. A lot. The immense amount of rain transformed Darvikus into a hot ocean planet. However, a few million years later, volcanoes belched out a tremendous amount of material, which formed the planet's continents and islands, changing the planet from an oceanic world to one of land and seas.

In roughly 1,400,000,000 BCE, life appeared near the hydrothermal vents of Darvikus. This life was simple and single-celled, but it would rapidly evolve into multicellular creatures, with a notable spike at the Arbian Explosion where the diversity of life on Darvikus went to absolutely insane levels compared to before.

Life would continue to evolve into even more forms of increasingly complex life, with it first climbing onto land at roughly 400,000,000 BCE. The planet was absolutely teeming with life, everywhere, until what is known as The Terminan Extinction, or the Great Blight, which wiped out almost 94% of species on the planet. This was the worst extinction in the planet's history.

Darvikans would begin to spread across the planet, inhabiting all of Darvikus' continents by 19000 CE in larger and larger groups. These groups would eventually grow into the first examples of Darvikan society. Some groups would learn how to farm, while others learned how to domesticate animals and make them farm. By the year 23000 CE, sailing was a common technology, which allowed Darvikans to spread even further.

After thousands of years of advancement, the first space launch occurred, launching a small cubic satellite into orbit around the planet. This satellite was destroyed hours later by passage through the ring particles, but it was nonetheless heralded as an amazing scientific advancement.

More launches followed this launch, sending more and more spacecraft into space, eventually exploring every single planet, moon and dwarf planet in the Frealee System. During the later period of this exploration, the first colonizations of Arnena and Ronelis occurred, their population growing to almost 200 million each. A large communications network was set up throughout the system, which generated a significant amount of radio emission, which quickly set the star apart from others.

The Cnaran Federation noted this, and attmepted to make contact with the native Darvikans, and hopefully enter a mutually beneficial alliance with them. A small probe entered the system and listened to years and years of radio transmissions floating around the system to learn the native language and customs. After this, a small transmission was sent towards Darvikus to start a friendly discussion about cool technologies to boost the Darvikans' progress in space.

The motion to join the Cnaran Federation was voted on by the entire population, and the vast majority of people voted to join, and so the Federation was renamed to its current form. Darvikus is now one of the most important planets in the entire galaxy. 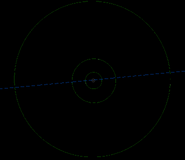 Sunrise on Darvikus.
Community content is available under CC-BY-SA unless otherwise noted.
Advertisement