Cnara-Frealee Federation
The Frealee System is a major system located in the Frealee Arm of the Florathel Galaxy. The system is the second capital system of the Cnara-Frealee Federation, the largest nation in the galaxy, and is one of the most important systems of the United Nations of the Florathel Galaxy. The Frealee System consists of only one star, Frealee. The system is known for its most famous world, Darvikus, which is the homeworld of the Darvikans, and is the second most populated system in the CFF. Currently, there are nine worlds in the system.

The inner Frealee System contains five worlds, Jerav, Phyrez, Tarbla, Darvikus, and Erdul. The outer system contains four worlds, Sorliamos, Morli, Vagelina, and Turizel. Beyond Turizel lies a vast belt of debris, containing the dwarf planets of Loris, Fychis, Turbai, and Kyril-Jorka. Beyond these lies a vast sparse cloud of cometary objects, with no objects larger than seventy kilometers in size. Various habitation stations orbit within all parts of the system, holding the majority of the system's population.

Frealee is an F3V-type star and the central star of the Frealee System. This system contains a multitude of asteroids, moons, comets, and 9 planets from Jerav, the closest, to Turizel, the farthest as well as a truckload of moons. The edge of the system is considered to lie at the edge of the Frealee Oort Cloud.

Frealee formed around 1.8 billion years ago from a stellar nursery. As per usual, it was surrounded by a large accretion disk in its early history, which over millions of years collapsed into a system of hundreds of protoplanets. Almost all of them either smashed into each other, were thrown into the sun, or ejected from the system. Forming with these planets was the young Darvikus, which is thought to have collided with a protoplanet. This collision blasted out a large amount of material which created the four moons of Darvikus. (one of them would cross the roche limit later and create Darvikus' famous rings).

Out of all the worlds in the system, only Darvikus and Ensalar were able to create life on their surfaces. Darvikan life would advance quite a bit faster, and migrated onto land, became intelligent, and evolved the Darvikans, which would become one of the founding members of the Cnara-Frealee Federation.

In roughly 200 million years, Frealee will begin to expand and contract several times, eventually becoming a red giant and devouring Jerav, Phyrez, Tarbla, and possibly Darvikus itself. As this happens, the habitable zone will expand outwards to Morli and Vagelina. After this, Frealee will release its outer layers into interstellar space and creating a vast planetary nebula before collapsing into a tiny white dwarf, possibly with some second-generation planets. During this time, some of Frealee's dwarf planets may become habitable.

After Frealee becomes a white dwarf, it will slowly cool for billions and billions of years. After a few trillion years, it will evolve into a cold, dead black dwarf, floating in the black, forgotten by all.

Currently, there is a starlifting project in progress which will lower the star's mass to a level where it will not become a red giant. While this is in progress, the star's luminosity will decrease, and the metals and things extracted from the star will be used to construct trillions of habitats. Either the planets will be physically moved inward, or huge lens arrays will be constructed to keep them warm. 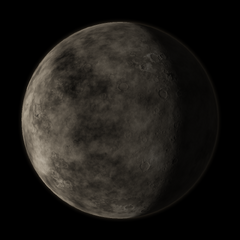 Jerav is the innermost and hottest planet of the Frealee System. Jerav has a very elliptical orbit, and can develop small lava oceans when at closest approach, meaning that only the highlands are inhabited. Silicon-based lifeforms imported from Pyre often live in the mantle, and the lava flats are often mined for heavy metals when Jerav is farther away from Frealee. 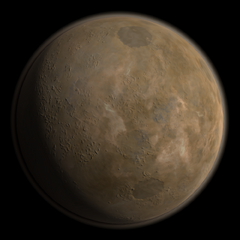 Phyrez is the second planet of Frealee, and is currently being terraformed into a habitable world. As of now, Phyrez' terraforming has only completed an oxygenated atmosphere, as public interest for terraforming this world has decreased. Phyrez is currently an extremely hot desert, with temperatures exceeding five hundred degrees Celsius, which is decreasing as a sunshield is being constructed. Because of the new atmosphere, albedo has skyrocketed, meaning that it has become the brightest planet in the night sky of Darvikus. 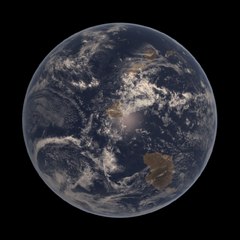 Tarbla is the third planet of Frealee, and is currently being terraformed into a habitable world. Tarbla's terraforming has gone farther than Phyrez' has, with only life to be imported. Because of this, people have been slowly trickling back down to the surface of the planet, mostly to help plant trees, grass, and other plants. Because of Tarbla's almost complete lack of life, debates are ongoing as to what to do with it. Some want to make it into a nature preserve, others want to make it into a great ecumenopolis. Public opinion is currently leaning towards the nature preserve idea, although this sometimes causes arguments.

Tarbla has only one moon:

Darvikus is the fourth and most important planet of Frealee. It is the homeworld of the Darvikans and the second capital of the Cnara-Frealee Federation. Darvikus is home to a significant proportion of the population of the Frealee System which lives on planets, and it is the birthplace of a great many cultures. Because of this, Darvikus is the most culturally diverse world in the system, and is one of the most important worlds in the history of its portion of the galaxy.

Darvikus has a vast set of rings which are famed throughout the galaxy, and are sometimes considered the most beautiful thing in the system, though everyone who knows about Morli disputes this. Darvikus' three moons carve resonance gaps in the ring system, and make it even more beautiful than if they were not there. 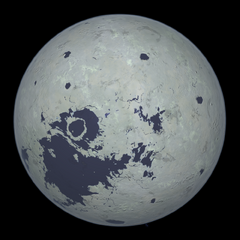 Erdul is the fifth planet of Frealee, and is covered in ice. Erdul is currently being melted by the Cnara-Frealee Federation to make it a habitable planet, and it is the largest terrestrial planet in the system. The planet has an oxygenated atmosphere, and deep oceans, with many imported life-forms swimming within them. Erdul is not very well populated, as it is very cold, and its impossible to build anything because of the melting ice. However, trillions of people live in a swarm surrounding the planet, hailing from all parts of the galaxy. 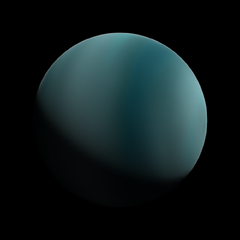 Sorliamos is the sixth planet of Frealee, and is the first beyond the Frealee Asteroid Belt. Sorliamos is also the smallest gas giant in the system, breaking all known theories of gas giant formation, and is a strange cyan color. Sorliamos has a relatively high population for its size, and its sphere of influence is chock full of various habitation stations. Because of this unique density, Sorliamos has a larger than usual amount of traffic jams and whatnot, meaning that some citizens of the planet want the system government to remove some of the habitation cylinders from Sorliamos' sphere of influence into interplanetary space, but this always provokes arguments. 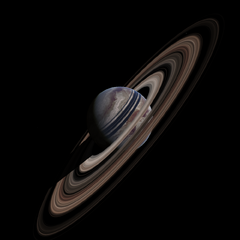 Morli is the seventh and largest planet of Frealee, and one of two planets in the system to have expansive ring systems. Morli is extremely large, and is approaching the upper size limit for gas giants, at roughly eleven standard gas giant masses. Morli also has an utterly gigantic sphere of influence, and contains almost a quadrillion people in habitation cylinders within it.

Morli's moons are also interesting, with upwards of three trillion people living on the surface of the moons. They are also the very first moons discovered by early Darvikans beyond those of Darvikus itself, disproving the hypothesis that all objects orbited Darvikus, and providing a great breakthrough in planetary science. They are also unique bodies that could exist as planets in their own right.

Vagelina - Standing at the Brink

Vagelina is the eighth planet in the Frealee System and the first to be discovered by a telescope. Vagelina is a relatively normal gas giant, and has a relatively thin set of rings. Vagelina has roughly three trillion individuals living on cities within the clouds, and has a significantly sized elliptical orbital ring used to mine Helium3 from the gas giant, which has a high concentration of it. Vagelina is also classed as an ice giant, because it contains a high level of volatiles compared to gas giants like Sorliamos and Morli, and these used to be mined for water until someone realized "seriously we have a 1 ly wide cloud of ice balls why are we doing this". Vagelina is the last planet before the Frealee Kuiper Belt, and has many captured minor moons.

Vagelina has one major moon:

Turizel - Beyond the Ice Fields 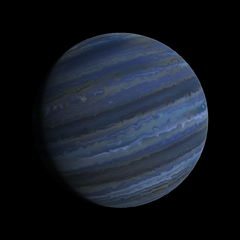 Turizel is the last planet in the Frealee System, and the only planet orbiting within the gap between the Frealee Kuiper Belt and the Inner Frealee Limit Cloud. Because of this unique position, almost all of its moons are captured, including its only major moon Nirian. Because of its extreme distance of 270 AU, Turizel is not very well populated, and was only discovered after the invention of a telescope, and even then it took a while because of its strangely low albedo. Turizel is also notably an instance of an "extreme ice giant", with more than fifteen percent of its mass consisting of volatiles. It is unknown why this is.

Turizel has one major moon: 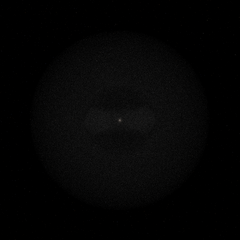