"For the good of the Guild!" --Apati war cry

The Guild of External Power

All galaxies in the local universe

15 Star systems (Homeworld outside Via Aylathiya)

Somewhere in the higher trillions

The Guild of External Power was a religious merchant democracy and an intergalactic nation, the Guild was not located in any galaxy in particular, but on a rogue star 110 Thousand light-years from Via Aylathiya. The Guild was a religious form, believing in ancient human religions as old as 70 000 BCE. The Guild was best known for their construction of Osseters, large pillars that provide extragalactic travel for smaller vessels.

The banner of the guild represented a form of symbolism. The first being the three icons, representing the three knowledgeable founders of the guild. The symbols form a torch, meaning the light that guides others to refuge. The Blue Backround represents the color of the sky of Terran planets, showing symbolism for the "Worlds that we shall touch"

The Guild first formed as a Sedruan group known as the Apatis Children in 1,230 CE, on a long destroyed planet. Only three members hold membership but the members gradually increased to 300 in just the following year. Each year the Clan was seeing more than 200 joining.

The Apatis Children grew extremely large in the past 300 years, the group, now started their true journey to leave their sedruan roots. The group had confronted Sedrua as their religon was springing up from the shadows, Sedrua did not approve of the behavior of the Apatis and banished them from their borders.

The Children, having obtained battleships, believed that it was righteous to attack Sedrua, as they were threataning their religion. They had started a religous war known as the Quellian War.

The quellian war had seen different types of warfare. Lasting just one year short of a hundred years. The quellian war was started by an Apatis prohpet known as "Thyuin Us-Bahad" after claiming that Sedrua was opposing against them and their beliefs. Outraged, the deciples decended on Sedruan worlds. These large scale space battle are the fights that would start the hundred year war.

The war left the Apatis struggling, but in 1,531 CE, it would all come to change. The Apatis have been constructing a megastructure called the Magdali. A large alderson disk that would be capable of housing mobile units to contested parts of Via Aylathiya. This Magdali was still under use today, but in a more civilian way.

The wars comes to an end after the Apatis Children, (Now named the Guild of Oustiders Space) had finally come to a peace agreement between Sedrua, as well as negotiating the guilds demands, the Guild wanted the following

Sedrua had agreed to these terms and the war had ended.

The Guild of Outsiders Space has finally made itself a nation. It had finally done a change of banner. Its current homeworld was inside of its collective, a world known as Angዪtዒል. The guild currently has 5 systems in its collective and has a radius of 10 lightyears. The guild has developed its religous text, called the "Apatis Code of ዒልዪቿፕቿጋረየ" in it are the rules that an Apatis must live by to participate in the Guilds religon known as Apatism. The rules go by as:

As well as religous text, the Guild has invented a substance known as Bain-Lint Spice, this purple powder has the ability to increase an individuals life expectancy over another 200 years. This substance was vital for a man's survival in the universe.

Osseters are arguably what gave the Guild its name. Now being named the Guild of External Power, they began to build the Osseters in 5000 CE when Sedrua began experiencing shortages in supplies in the Suvaren Field and its systems, because of the current technology, it would take long periods of time to get to Sedrua, so their solution was to design a network of devices that could take their spacecraft to other parts of the Local Universe. These Osseters can reach a maximum length of 120 kilometers, all built on Cresh. They were ferried to parts of Via Aylathiya in 5,006, it wasnt until 5,035 when they started being used for extragalactic business.

in 61,000 CE, the Guild had discovered a way to enter the alternate plane of Adeptae, where they would have to build a special type of transport that could take vessels into Adeptae without damage, an osseter would be too vulnerable. So it was constructed the first Yetul.

Yetuls are Exclusive to Adeptae, since they can avoid the large asteroids inside of the graveyards, they have the sheilds powerful enough to become redundant, the Yetuls can connect with Osseters for easier access inside Adeptae. A yetul could also accelerate a vessel to be able to traverse empty voids between asteroid fields. Yetulls are large anough to transport large ships, but small enough to avoid asteroids.

The Major Worlds of the Guild are listed here, as well as where they are in the collective. As well as planets with Osseters in their orbit

Sanit (Capitol) Located outside of Via Aylathiya

The Species of the Guild, all listed below.

The descriptions of the Species that populate the Guild

The Apatis are the founding species of the Guild, they are a subspecies of Human and are very religous. They appear as tall robed figures with a sort of helmet, as well as a hood attached to two antennae on either side.

The Apati Believe that giving all species of all types the ease of transport will give them Enlightment. They also belive that Palioxis was holy, and that travelling through it will give them good tithings. Alternate Planes are worshipped and respected among the Apatis.

Intruisters are non-Carbon based beings with no predefined physical structure, though they most commonly appear as a mash of yellow glowing particles. The Intruisters act upon the guild as Pilots for Megastructures such as the HaleCoyn. They have an astounding ability to freely communicate with every species' language, making them vital for political and diplomatic relations within the Guild.

Aeula Gas was an important product of the Gas Giants Belumak, Patriot Prime, and Kuzar Secondus. The Gas was needed for Osseter travel to be possible. With the help of Intruisters, Aeula gas can be harvested from Belumak with less risk. The risk being the immense depth that Aeula was at to be harvested, most commonly found at 300km below the top cloud layer. While Patriot Prime and Kuzar still have sunlight at these depths, Belumak does not. Belumak requires intense depths to be reached in order to find rich gas clouds, at depths up to 320,000 kilometers below the top cloud layer. Fortunately, Itruisters dwell at these depths and bright colonies of light can be found 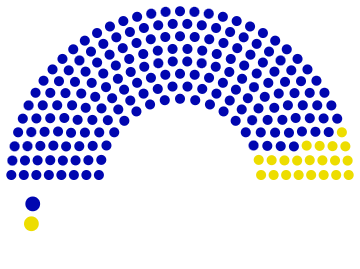