Egalitarianism between all species

Captain of the CFS Eternity

"We live in a universe where we can see a million galaxies, visit a billion worlds, and meet a trillion people. Being stuck in just one of any of those terrifies me way more than any other Faction out there."

Luna Sanderson is a Human female serving in Stellar Fleet, and is the acting Captain of the CFS Eternity. She is the youngest Acting Commander in the history of the ship.

Hailing from the world of Durruti in the Ki system, which is a part of the MacCaw Transit Network, Luna was a well travelled individual from a young age, and reportedly always sought to join Stellar Fleet. She would attend the Engles Academy at the age of 18, from which she would graduate from and be posted to various ships, eventually being posted to the CFS Eternity at the age of 22.

During an incident during the Flaklands conflict, and following the death of the Captain of the ship, she would take command of the CFS Eternity, and lead the ship to victory in the conflict. This act awarded her the rank of captain, of which she has remained stationed at since, as the youngest captain of the flagship of the Commune Federation. This has made her a famous figure within the Federation.

Luna is a Human female of Asian-Caucasian descent. She possesses pale skin and blue eyes, with natural blue hair, which extends past her shoulders and halfway down her back. This blue hair is a common mutation within the Human majority areas of the Commune Federation.

She has been described as having 'Space eyes' - An observation that people have made to indicate when someone is particularly well travelled. She has a slightly muscular frame, coming from her various services and years of training. She possesses several scars along her arms, particularly her biceps.

When on duty, she will wear a Durruti style variation of the Stellar Fleet uniform - This is sleeveless jacket, with the emblem of Durruti inscribed underneath her emblem of the Federation. When not on duty, she is often found wearing casual clothing such as hoodies. Much of her clothing is loose, due to the nature of the bio-domes on Durruti.

Luna has been described by the vast majority of people who meet her as an excitable figure who possesses a deep fascination for the various wonders of the universe that she finds herself within, and a deep desire to explore as much of it as possible. At a young age, she would take every single opportunity to go into space and explore the stars around her, even utilizing the MacCaw Transit Network to explore other solar systems such as Linkinsik. This would also display a rebellious spirit, as she would often use these systems when not supposed to.

Luna was born on Durruti, in the Asessor Bio-dome, to the agricultural scientist Raymond Sanderson, and the engineer Savinkova Sanderson, as the youngest of three children.

According to her family and neighbours who knew her, Luna always possessed a deep fascination with space and the wider universe, in particular always curious about things outside of the Verpletter Galaxy. Within her academic grades, she was shown to be a Kinesthetic learner, and struggled with theoretical concepts, and as such, was placed into special education designed to accommodate Kinesthetic learners. Here, she performed better than at traditional schools, though would often still be admonished for being distracted.

When old enough to use the Quick-Shift Transit System, Luna has mentioned that she would spend much of her free time in space, on various space stations and worlds throughout the Ki system, and the MacCaw Transit Network system at large, visiting major worlds such as Isondara, Tarasovich, Zikhonjwa, Krähenbühl, Hurimaavehi and Prempree. She has also mentioned that she would watch various ships come and go from the borders of the MacCaw Transit Network on Ult Rezkou.

She would also mention that throughout her childhood a defining feature of it was a friendship she was able to establish with a Kessenski named Attoyis Enqijiss Deizogess, whom she claimed to also be attracted to, and had a sexual encounter with. Attoyis was studying from the Sonoran Union. Luna would claim that this relationship taught her the importance of inter-factionalism between the various members of libertarian allies.

Luna would attend Engels Academy at the age of 18, where she would commit herself to various fields of study, including linguistics, engineering, and systems operations. She would describe an incident where a Zrelgerian who had defected from the Zrelgerian Kraterocracy whom was being harassed. While the Zrelgerian in question did not appear to be particularly phased, Luna would attempt to prevent the harassment regardless, although this resulted in the harassers targeting her, and the Zrelgerian themselves telling her that such an act was a dishonour towards them. Regardless, Luna stood by her actions.

During her time at the Academy, she would become well known for her contributions to the local Zero-G Ball team, and other sports based activities, in which she seemed to possess an affinity for, especially for games played in zero-gravity. during these games she would meet the Frugis Qinsya Vilagrassa, and would become heated rivals with her throughout their various competitions with one another. She would also go on to become close friends with Gopi Yashmit, Serkadis Abebe Einku, and Laǔren Šerech. She would also develop something of a sportsmanship rivalry with Jerrick Tschkenow.

She would also have several relationships throughout her time at the academy, with people of various genders and species. Many of these would be purely sexual relationships, though she would claim that there were several that were genuine efforts that simply failed to work.

Academically, she would struggle, though she was able to force herself to study through, what was according to her, a regime of 'bashing [her] head against a wall until [she] learned something.' Whatever the case may be, she was able to achieve fairly decent grades throughout her second and third years, after struggling throughout her first.

At the age of 21, she would graduate with an honourable distinction, and be assigned to various star-ships throughout the year. She would be assigned to the CFS Troy, on which she would serve alongside Jerrick Tschkenow.

The two would serve with distinction on various science based missions, including a mission to the Qursal system, where a species would be discovered living within the star itself. She would also be notable for her efforts and contributions towards the construction of a shipyard around the star, displaying a degree of technical proficiency that was well above the standard for someone of her rank.

Less than a month later, the CFS Troy was sent to the Kreigsleute-Federation Border, where they were assigned to protect a Xavier Co-Operative Protectorate convoy moving towards the Federation. The convoy came under attack, and the Kreigsleute launched boarding parties on the CFS Troy. Luna was forced to engage in hand-to-hand combat against Kreigsleute Commandos at times, and to keep them away from the bridge and engineering section. In spite of their efforts, the crew of the CFS Troy were not able to prevent the Kreigsleute Commandos from taking their objectives, resulting in the captain setting a self-destruct sequence on. Luna was able to survive by getting to an escape pod.

Later that year, she would be transferred to Terminal Dune, a defense station on the Kreigsleute Border..

She would display a great degree of skill and competency at her jobs, and was added to the possible candidates for service on the CFS Eternity. At the age of 22, she was accepted for service aboard the flagship. She would see conflict against mostly Kreigsleute and Deciarchy Of The Overlord forces, including within the Yuwono, Uerb and the Akanyang solar systems. 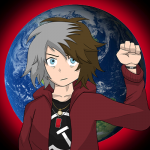 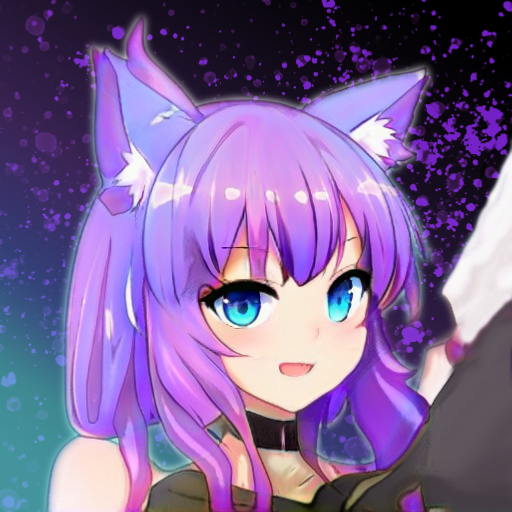