This page is being recreated from an older version. Contact the reformer if this does not happen after a while.

"...Though, in the end, the clouds cast with golden silk would be succumbed by forces unimaginable, summoned by ones which seek greed, glory, and power. The ones which named this place home will be forced to reside in Greater Aylathia, to seek refuge in the protective clouds of saffron." - the Aeterna Prophecies, Aylothn Galaxy Section III

Orithyia Spiral
The Realm of Horror

The Orithyia Spiral (Also referred to as the Realm of Horror) is a region of space in Aylothn. Known for its current era of violence and instability, the Orithyia Spiral was subjugated by the Paragons of Sydiah. Initially, The Paragons were a creation by Sedrua in order to quell the up-and-coming Septet Alliance of Free Aligned Nations (S.A.F.A.N). However, they soon grew out of control, dominating the Orithyia Spiral. It would not take long until it overpowered the S.A.F.A.N. What rose in its place was the Quintet Puontari Federation (QPF), which fled to deeper areas of Aylothn. Currently, the QPF has managed to take back control over the Orithyia Spiral, though the Paragons still rests in areas nearby.

Through its prehistoric eras until more emergent times, the Orithyia Spiral has always existed as a sterile realm. As such, it is rich in natural resources in comparison to the rest of Aylothn. The luminous star systems which populate the Orithyia Spiral, used as areas for megastructures and life, were once stripped bare by the Paragons, which left the Orithyia Spiral in an inert state. Known as the Era of Silence, the Orithyia Spiral once stood in this state for many thousands of years. Development on civilization was later initiated by the QPF in the 60,000s CE, during an age of newfound opulence and national pride.

Through the Orithyia Spiral, there exist many major realms, ones which prosper with economic activity. Much of this space holds some of the QPF, using the Orithyia Spiral as leverage for expansion and power. Some splintered worlds, left crumbling from Paragon attacks, are stripped bare, rendered as dilapidated husks of their former selves. What resides in their place are ruins, artifacts with strewn isolated communities. Little to no advanced technology, save for autonomous Paragon drones, exist in ruined vicinities anymore. A display of several notable worlds are below: 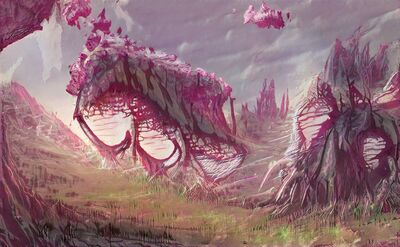 Ivathyia is one of the two former capitals of the Septet Alliance of Free Aligned Nations. It existed as the core of development, industry, and commerce for the nation, being revered as its acting capital. The name Ivathyia derives from the Orithyia Spiral itself, with the people thinking of the world as the center of it. As the S.A.F.A.N's dominance of the Orithyia Spiral grew, so did the development of Ivathyia, and it eventually became the center of population for the nation. However, the Paragons of Sydiah arrived in the Orithyia Spiral, seeking to end the long-lasting nation. Ivathyia was one of the last places which was abandoned, turning from an urban paradise to a broken world of ruins and threats. While most people died or evacuated, the ones which remained restarted civilization, though it stood in a stagnant and primitive state. What exists is a large and desolate hinterland of invasive life, hostile groups, and other factions which claim thousands of pinpricks of land. Any technology which exists resides underground, in decaying and hidden caverns or ancient residences. 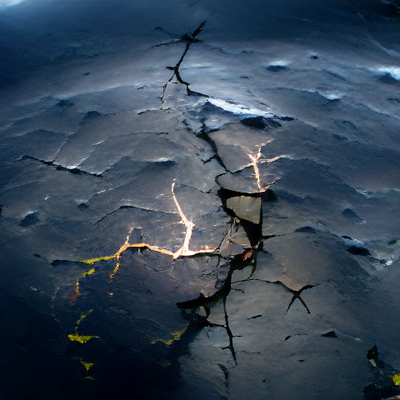 Zayarus is the second and most recent capital of the S.A.F.A.N, and it shares a similar fate to Ivathyia. Prior to invasion by the Paragons, Zayarus existed as a more symbolic capital, being the center of operations for POLIKY and another, smaller facet of the S.A.F.A.N government. According to scriptures, logs, and other pieces of recovered evidence, Zayarus was a once bustling, more naturalist world which held a very prominent impact on the S.A.F.A.N. After the invasion from the Paragons however, Zayarus has thought to become sterilized, residing with no known civilizations. There are no detected life forms in the macroscopic scale either. What is left is an array of crumbled ruins, with only a few remnants of what was there prior. The surface is also noted to be geologically active, filled with numerous tremors, cracks, and quakes which have swallowed a large portion of remaining civilization.