Singularia is a vast type-three civilization of the Palioxis Starfield, primarily inhabiting the Primordia's Realm and Aternum Conflux regions, with generally unsupervised colonies stretching across the entire Starfield, many of whom have further developed their own, independent civilizations. In terms of population, at least in relation to its area, Singularia is rather sparsely populated in comparison to far smaller civilizations, which, in turn, often have populations greatly exceeding that of Singularia. The primary reason concerning this is the nation's history, deeply entrenched in the blood of both friends and enemies, as it passionately fought itself to the utmost top, brining many civilizations to their bitter end, while additionally giving rise to a higher number of states.

Singularia is the apex civilization of the Palioxis Starfield, the absolute peak of technological advancement. Many still wonder how Singularia manages to achieve cohesion between such areas, especially one of relative peace. To many, Singularia represents unity and prosperity, while to a far greater number, it represents death and atrocities unmatched by any other nation in history, except for ones buried beneath billions of years of time. Singularia holds the crown as the most economically influential civilization to ever exist in the Starfield; tens of smaller states entirely depend on their trade alliances with Singularia, which, in turn, discourages them from trying to invade it. This, often considered a fine balance, is what keeps the entire Starfield from turning into a dystopic wasteland.

All nations have a hard limit on their size, representative of their inhabitants, before they lose cohesion and central government. For most, it comes before they reach a type-three status, branching into numerous type-two civilizations at odds with each other. Singularia is estimated to stand on the fine line between cohesion and chaos, for if it were to expand any further, it'd fall into a dark future, as has happened for many beforehand. Trade relations would thus be shattered, as tens, if not hundreds, of smaller states battle for dominance, resulting in the largest reformation the political landscape of the Starfield has gone through in the recent history. This event is very likely to take place within the upcoming millennia, and many are already in fear.

Singularia is a democratic nation, centered on the National Senate, the legislative power, which is administered by an artificial intelligence known as the Grand Overseer. The National Senate has a hundred thousand active members and hundreds of committees that keep the nation in balance. Singularia acts more as an alliance between states than a singular nation, ruling eight autonomous states, each with their own capitals, cultures, values, governments, and everything else that shape the personality of a civilization. Furthermore, each population center has its own government, governed by their representatives in the National Senate, though, at times, may have grown independent, as has happened for thousands of worlds. Singuaria operates under a dual-capital system, in which Acellaris, an immense megastructure said to be the population core of the entire Palioxis Starfield, acts as the legislative capital, and Dorentia, the most populated ecumenopolis within the Starfield, operates as the executive capital.

There will be a point in many civilizations when their inhabitants forgo their fragile biological forms in favor of mechanical or digitalized ones, offering far greater potential than their organic counterparts ever could. In Singularia, this development culminated in the Avatars. Avatars make up the bulk of Singularia's population, far exceeding organic beings, as well as being the only officially registered citizens. Avatars originated from the Verthas around twenty thousand years ago, a relatively new invention on universal timescales. While it may appear that an Avatar provides limitless freedom, they are still subject to numerous laws and restrictions. Furthermore, Avatars are categorized based on their similarities to biological forms; the lowest class includes Avatars nearly identical to biological forms, and the highest class includes fully mechanized and digital ones, bearing no resemblance to their organic counterparts.

In reality, Avatars are nothing more than a collection of hyper-advanced nanobots and metal pieces; each Avatar has an internal skeleton of nanobots that, depending on their class, mimic organic lifeforms in some way. Every individual gets a personally created appearance for their Avatar, which they may alter at will. Nonetheless, one is unable to go incognito, as each Avatar continuously emits a wavelength, which can be detected by specialized machinery. The consciousness of Avatars is held in a cerebral processing unit, far exceeding the capacity of neural organs, though it still has limits. This consciousness is able to be linked to external sources; a spacecraft is the prime example of this in Singularian society.

Whenever an Avatar's cerebral processing unit fails in any way, the fail-safe triggers, causing the body to be terminated and the consciousness to be transferred to a new host. While almost all Singularian stations provide services to that, the greatest are designated as avatar stations. These stations are thousands of kilometers in diameter, stationed in interstellar space, and house millions of fabricators which can instantaneously construct a new body for the 'temporarily deceased.'

There are exactly ten thousand avatar stations spread across the whole Singularian region, most of which are clustered around significant population hubs, with a few scattered around the fringes. Avatar stations come in a broad range of designs, with fifteen different types ever built, highly influenced by their location and traffic. The Ocellus-class is the most prevalent version, providing hundreds of extra services in addition to the station's primary function. As a response, most avatar stations are generally designed to perform multiple purposes. 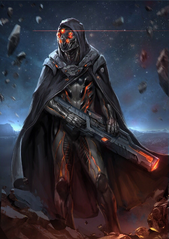 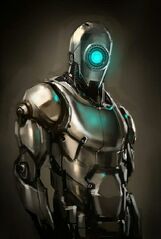 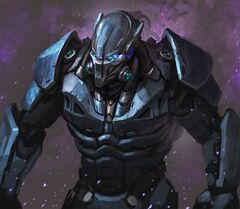 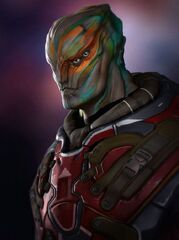 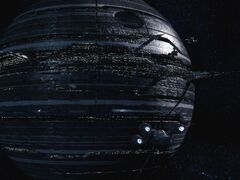