This page may no longer reflect with the modern lore dynamic. You can help by restoring this page to modern standards.
If you feel as if this page should not be included in the Legacy Lore category, you may contact staff on the Discord Server.

(AUTHOR NOTE: I liked the original version of Ustea, so this page has been created to easily view the old version. View the canon version HERE) 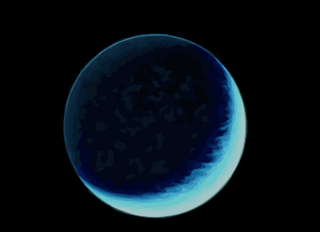 Ustea is an Ecumenopolis located in the Lewis Galaxy in the B'va System. It is administered by the The Lewis Nations was colonized in the 55 000s by Humans. Due to its situation on a major trade route, more and more people and buisnesses sprung up on the planet until it was proposed to turn it into a ecumenopolis, to provide adequate living for all its billions of citizens. Its buildings were fully constructed within 1000 years, and have not changed much since first construction. From viewed from space, clearly defined districts are represented in circle shaped zones, there are 57 districts in total. The largest district - District 41, is the capital of the planet and is where the Caoticol Corporation Building

In the 99000s, the Guild of External Power had placed an Osseter in orbit of Ustea

Each Major District is controlled by a different lewis nation. The Ones Below are the first three major districts. Districts that are control of a Lewis Nation are usually built around the type of Nation they are.

District 41 is under control of: The Caoticol Corporation

District 41 is the primary district and capital of the planet, it is where the Caoticol Corporation houses its prime members and where most industry takes place.

District 7 is under control of: The Intergalactic Federation

District seven is the second largest of all 57 Districts, just after 41. The Architecture of District 7 is curved, white, and full of foliage.

Disrict 12 is under control of: The Empire of Mankind

District 33 is under control of: The Republic of Sion

Discrict 33 is a moderately large district, it has space reserved for small bodies of water, as well as that, the buildings are geometric, and have less space for foliage.